Margaret Atwood’s The Testaments, the critically hailed, Booker Prize winning new sequel to The Handmaid’s Tale, has become an instant bestseller. To celebrate this momentous literary event, Fane Productions presents a unique theatrical event -- exclusively screening in cinemas -- with one of our greatest living writers. Filmed live on the stage of the National Theatre in London, this fascinating event features a wide-ranging interview with Margaret and striking readings from the new novel performed by actors Ann Dowd, Lily James and Sally Hawkins.

Great for book clubs and fans of Atwood's work, the event offers an insightful look at The Testaments, with Atwood reflecting on the legacy of The Handmaid’s Tale including why -- and how -- she returned to her seminal handmaid story. With topics spanning history, politics, psychology and current affairs and moving readings that introduce us to the characters of the new book, Margaret Atwood: Live in Cinemas is an event for our times, not to be missed.

The Testaments is Atwood at her best…. The prose is adroit, direct, beautifully turned. To read this book is to feel the world turning
- Anne Enright, Guardian

A confluence of political and cultural forces has made The Testaments as vital as a baby in Gilead
- Ron Charles, Washington Post 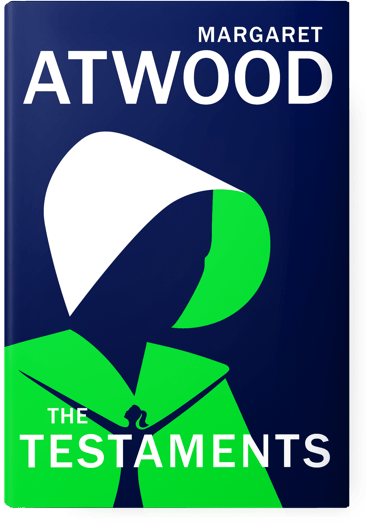